The Igaro D1 dynamo USB charger allows bikepackers to convert their dynamo hub’s power into a continuous power for their devices.

The Igaro D1 is extremely compact, measuring in at a mere 93g. The product is small enough to be discreetly zip-tied to underneath a steam or brake/gear cables. The D1’s housing is wrapped in a titanium alloy enclosure with two USB outputs. The housing is rated to IP69 standards. As with any “water-proof” charger, the product’s USB ports must be kept free of water when powered to prevent corrosion (a limitation of USB ports in-general). 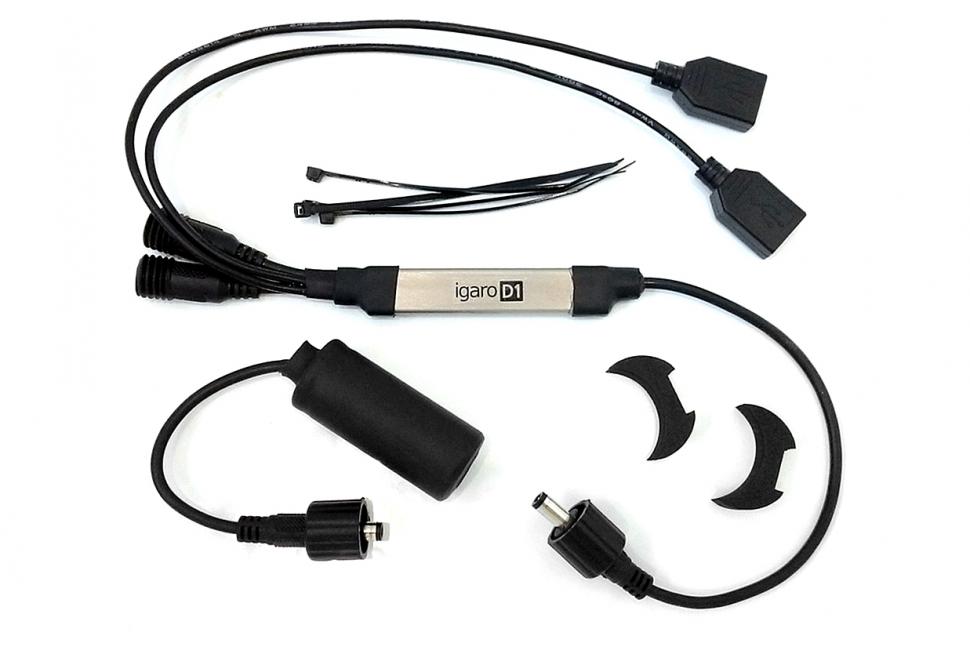 Riders connect the Igaro to a dynamo hub with the company’s power lead kit. A switch is also offered to let riders divert the hub’s power to the D1’s USB ports or to a light.

With a peak efficiency of 88% and a theoretical output of 3A, the Igaro D1 dynamo USB charger is one of the highest performing of its kind. Combined with its wide range of compatible charging standards, it’s able to provide one of the best charging experiences for a dynamo hub. The product also offers the ability to connect a solar panel in-parallel to the dynamo to boost charging output.

What does this performance mean in-practice? According to testing from Skjegg Blogspot (above graph), the D1 is able to start charging smartphones at 2.5W at 13-17 kph. However, lower power devices, such as Garmins, will likely start charging at slower speeds. Some transcontinental riders have stated to achieve an 80% charge in 5-6 hours of riding. It is worth noting that the D1 does not contain any sort of internal energy cache in the form of a battery or supercapacitor. Thus, the device is unable to deliver power when stopped or smooth out power fluctuations while riding. This behavior can cause some USB negotiation hurdles, such as restarts or impaired charging with smartphones as documented by road.cc. 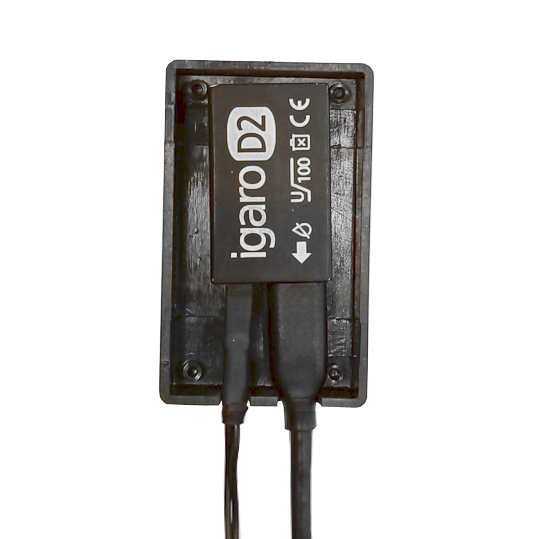 The Igaro D1 dynamo USB charger is for sale from some 3rd party channels but is no longer available directly from the manufacturer. However, the company now offers the Igaro D2; an improved version of the D1 with increased performance in a smaller package for $274. PedalCell is the power source that keeps your USB devices charged while riding. PedalCell has 3X the power output of the Igaro D1 with ½ the drag per watt of dynamo hubs. Moreover, PedalCell doesn’t require a complicated wheel build, meaning it can be installed on nearly any bike in minutes. Spend less time waiting to charge-up and more time adventuring on your bike.